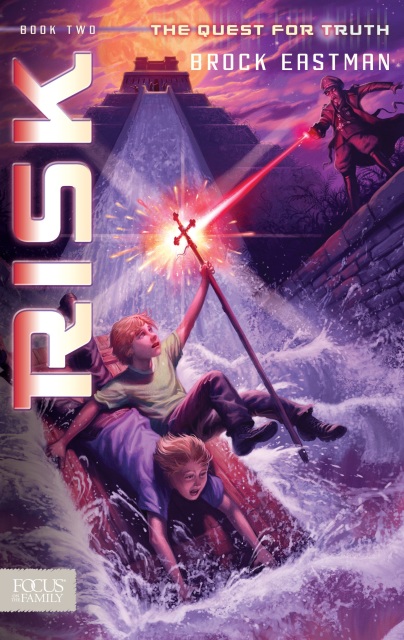 Risk (The Quest for Truth) Book 2

As Oliver leads his siblings on their search for their parents, they are taken to a remote planet called Evad. Here they must evade the swarming Ubel soldiers, out run stalking black creatures, and stay free of snaking vines, all while trying to unlock the Truth and find clues to set their parents free. In the second installment of The Quest for Truth series, Risk, the kids will face greater dangers and more complex puzzles. They’ll meet new people, and have to decide to trust them or not. Will the kids rescue their parents or be captured themselves?

The Quest for Truth series follows the four Wikk kids in their desperate race to find the mysterious planet Ursprung and stop the Ubel renegades from misusing its long-lost secrets. Ancient cities, treacherous villains, high-tech gadgets, the Phoenix–encounter all these and more on this futuristic, interplanetary adventure.