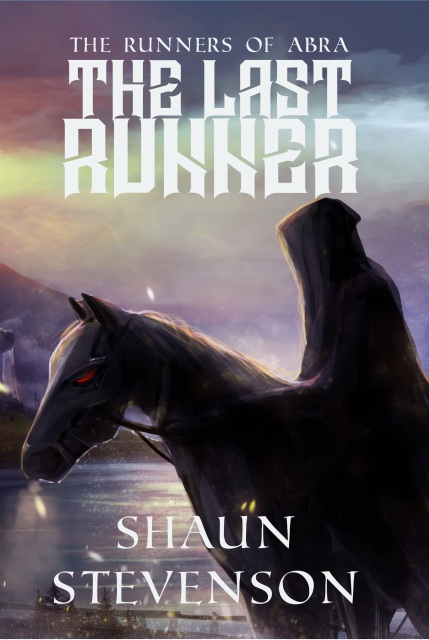 The Last Runner (Runners of Abra 1)

Ripped from his home on the Island of Jedros and slapped with a clasp meant to enslave him, Eric finds himself on a journey to the Runner Training Compound, where he must learn to fight and run jobs before the five islands of Abra have the chance to swallow him and spit out the bones.

But even on the first day of training, everyone can see Eric is different. He possesses abilities only legends have whispered about. And now the Queen has turned her eye in his direction. An eye bent on his destruction.

Before the Queen can snatch Eric away, a mysterious merchant hires Eric for his first job: retrieve the girl answering to the name Bella and hiding on the north side of the island. But darker forces are searching for Bella too. And they'll kill to make sure no one else finds her. Because Bella has a secret hiding in the darkness. And if it ever comes to the light, the known world will change forever.

Race through the five islands of Abra, but be warned: around every dark tree lies the next threat. Nothing is ever as it appears. Monsters stir and hover, waiting for the moment to pounce. But the terrifying monster of all may not have claws and fangs. It might be lurking in the dim corners of every mirror, biding its time and slowly eating away at its host.